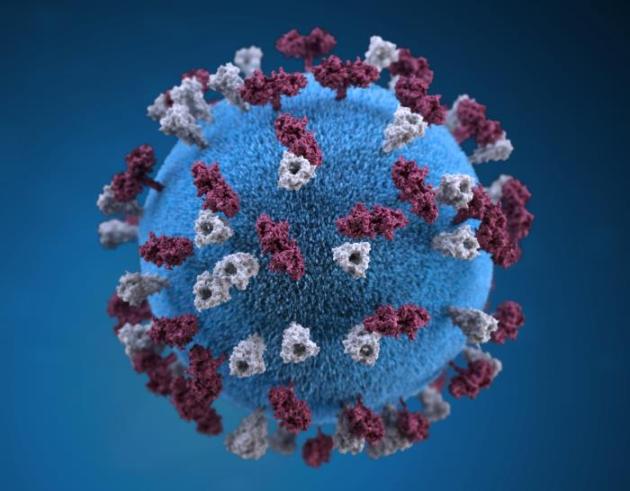 Measles in a highly infectious disease spread through touch and through the air. Before 1980, Measles, also called Rubeola, led to the death of more than 2.6 million individuals.

Before an outbreak in 1912, measles was not a reportable disease in the U.S. Measles outbreak occur periodically every few years. In 1941, there were almost 9 hundred thousand cases reported in the United States.  By the time the measles vaccine was licensed in 1963, measles case reports ranged from several hundred thousand into the millions. Once the vaccine was released, there was a 79% drop in measles deaths per year, and between 2000-2014 it has been estimated to have prevented over 17.1 million deaths. 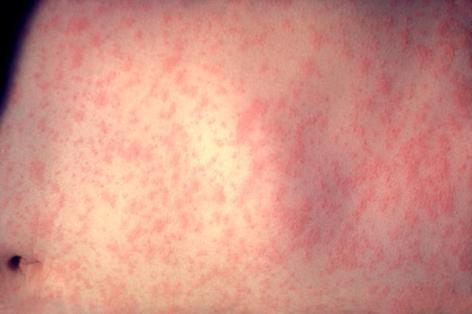 Beginnings symptoms include- fever, runny nose, red/dry eyes, cough, and sore throat. It’s followed by a rash that spreads over the body that is painful and itchy. Complications that can occur are usually what can cause death- such complication are those such as encephalitis, severe dehydration, and severe respiratory infection. Measles is contagious 4 days before and 4 days after the rash appears and 90% of individuals that are not vaccinated will become infected. Generally children start receiving the first dose of the MMR vaccine during infancy. The U.S. saw a dramatic decrease of Measles cases after the vaccine was released but since 2008, has seen an increase in cases. 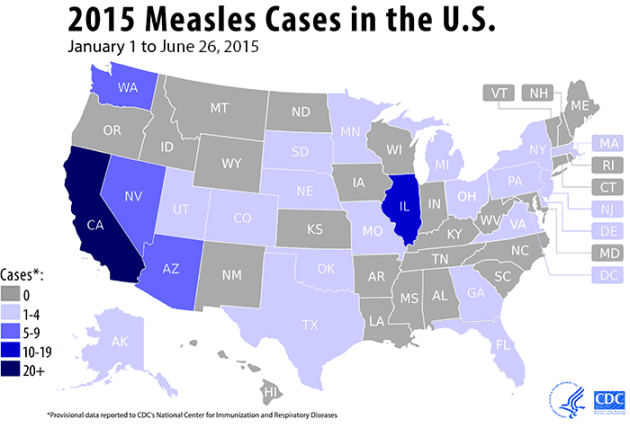 2014 saw the beginning of the largest measles outbreak the U.S. has seen in over 50 years. Over 600 people were infected across 27 different states. Many people remember the measles outbreak in Disneyland California resulting in the infection of over 40 people which spread to multiple states. During 2015, over 189 people were reported to have measles across 24 states.

Since January 2, 2016  there have been reported measles cases in Minnesota, California, Arizona, Georgia, Illinois, Hawaii, Massachusetts, Tennessee, and Texas. As of yesterday, Arizona’s number of cases has been confirmed at 22. The majority of cases are caused initially by travel to countries where there is not widespread vaccination. If someone who is  not vaccinated becomes infected and then travels back home, they can infect anyone who is not vaccinated or immuno-compromised. Measles does not have any treatment options, only measures to control the symptoms. The best way to prevent measles is to follow the recommended guidelines of the vaccination series.